Skip to content
Cart
Flat fee standard shipping in the U.S. We ship internationally or click here for international retailers 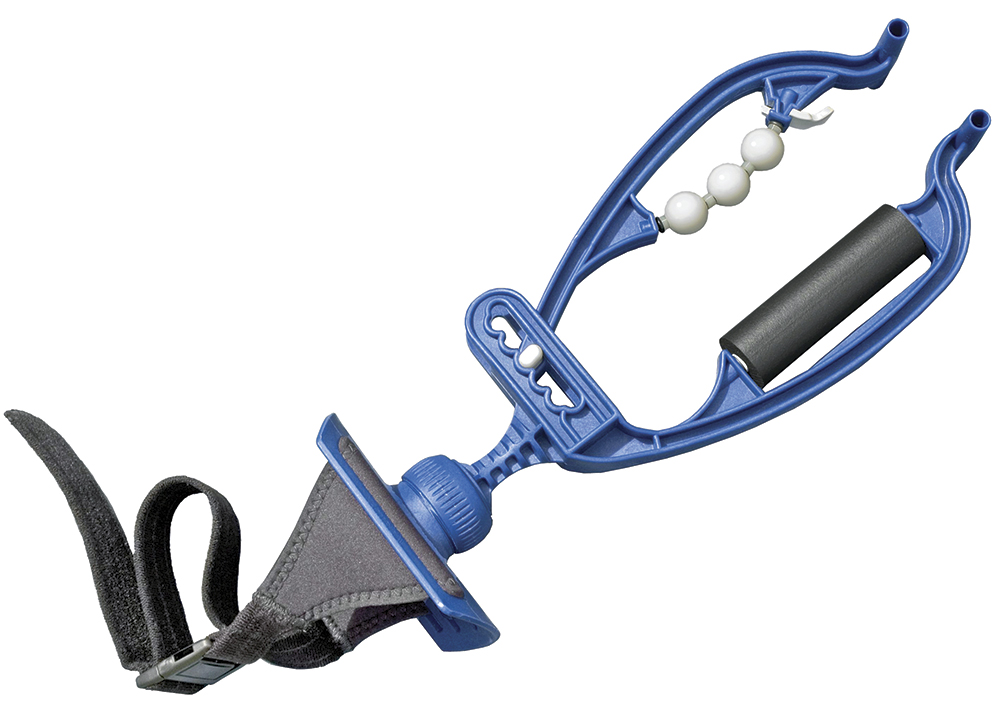 Some people like pain. I avoid it like the Devil avoids holy water. To rid myself of elbow ache I have spent decades self-treating with fish-oil, bones, Chinese incendiary balms, ibuprofen, aspirin, ice, stretching, and wishful thinking. In July, an especially sharp bout of tennis elbow, medically called lateral epicondylalgia, had me dialing the doctor to consider the quick fix, a cortisone shot.

As I recently learned, the medical community is divided over what golf and tennis elbow really are, and how to treat them. You may be surprised to know that there hasn’t been much scientific study done on sore elbows. Even the vaunted cortisone shot has had less study than the Haitian voodoo doll. Despite this, and having been failed again by home remedies, I was ready to go to the dark side.

Coincidentally, the day before my cortisone appointment, I received an Armaid, a knobbed device that looks as if it came from an adult shop, but is meant to massage arm muscles, relaxing them and relieving tendon strain, and along the way cure elbow tendonitis (or prevent it if you aren’t yet afflicted).

The Armaid was the brunt of office jokes until I strapped it on and gave my forearms, biceps and triceps a vigorous thrashing. If I had run my arms through an old-fashioned washing-machine wringer I would have been used to the Armaid. But I hadn’t and found the Armaid delicately painful. I didn’t mind, though, because my tight forearm muscles loosened and my elbow did soon feel better.

At the medical clinic the next day the doc explained that for the cortisone shot he’d take the needle and “jab a half dozen or so holes” in the elbow tendon to assist the steroid.

“No thanks!” I said, and dashed out of the office.

Since that escape I read an article in the February edition of the Journal of the American Medical Association that confirmed my decision. The article reported that cortisone injections can relieve elbow pain short term, but 26 weeks later patients who received a placebo shot in a blind study fared better than those who were injected with cortisone. More telling, a year down the road roughly half of the people who received the cortisone had their symptoms return, while just 12 percent who got the placebo had a reoccurrence. The physicians who conducted the test now discourage cortisone injections.

During the following months I used the Armaid about once a day for about five minutes a session. Some days I treated my bad arm twice, other days I forgot. I also continued to climb.

The Armaid arrives already set up with three massage balls installed, but if you get the full kit ($30 extra) you can switch these out for a single, larger ball for pinpointing the pressure. It also has an optional softer roller. I didn’t use either of these, finding the stock version worked fine for me.

At first, I simply ran the Armaid up and down my forearm and upper arm. This is wrong, says Terry Cross, inventor of the Armaid.

“Did you watch the videos?” he asked.

I punched in the DVD that came with the Armaid, viewed additional clips on YouTube and learned that the best route to relief is to use the “trigger-point” technique where you press the rollers onto a sore spot, hold it there and move your hand around.

The pressure and massage of the Armaid is similar to what a sports therapist would apply, but instead of costing $75 a session, a workout with the Armaid is free (after the initial investment) and you don’t need to make an appointment. I am a do-it-yourselfer fan and was naturally attracted to the Armaid, but recommend getting an expert medical diagnosis before treating yourself in any way.

Within 30 days of using the pressure-point technique I felt an improvement in my elbow—it was less sore every day. Can I credit the Armaid or coincidence, or was my improvement psychosomatic or me simply being careful to take better care of my elbow? I don’t know and don’t care. The Armaid seemed to work and I’m sticking with it. I’m also supplementing my treatment with the “skillet” exercise demonstrated by Dr. Julian Saunders in his video on www.drjuliansaunders.com. Massage therapy, strengthening and wishful thinking are for me an unbeatable combination.

I rated the Armaid four out of five stars because while it seemed to work for me, I don’t know with certainty that the device is what resolved my elbow trouble.